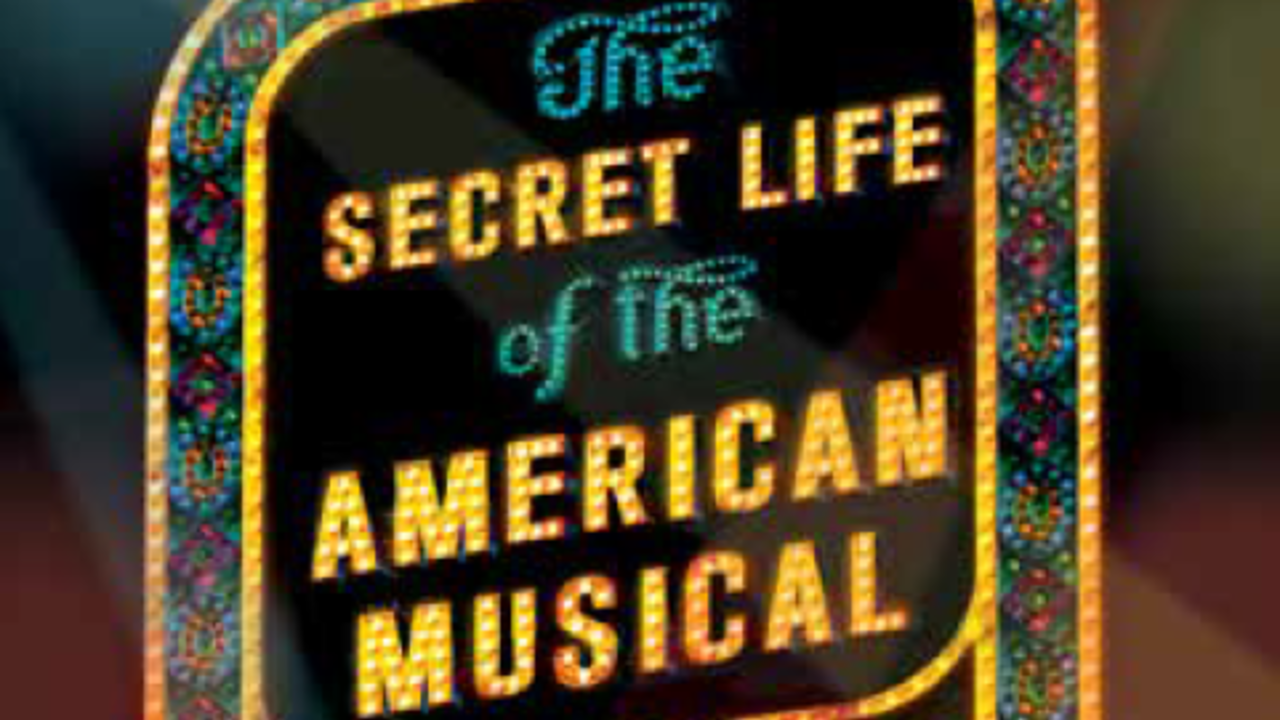 The 2017 MTEA conference in New York City explored the ongoing conversation regarding the place and importance of “New Works” in academia. The panel discussion, “Ars Nova and the Future of the Musical Theater” featuring Dave Malloy (composer and lyricist of Natasha, Pierre and the Great Comet of 1812) and Emily Shooltz (associate artistic director of Ars Nova), highlighted the importance of new-work development and the growing trend of the multi-dimensional artist in today’s industry. In similar fashion, Maggie Gilroy’s article “Musical Theatre Students Are Becoming Quadruple Threats” in American Theatre Magazine, January 2017, noted that many academic institutions are responding to students' interest in new works by adding musical theatre writing courses to their curriculums.

The last five years have seen the publication of three new books that address the topic of writing for the musical theatre. Each would be suitable as a textbook in its own way. Julian Woolford’s “How Musicals Work: And How To Write Your Own” is a step-by-step “how to” book complete with writing exercises to generate new ideas. Steve Cuden’s time spent in Hollywood colors his approach to the craft in “Beating Broadway: How to Create Stories for Musicals That Get Standing Ovations.” And Jack Viertel’s tour de force, “The Secret Life of the American Musical: How Broadway Shows Are Built,” is a page-turning architectural look at the structure of the American musical theatre from its inception to present day, that explores not only what works, but why it works. 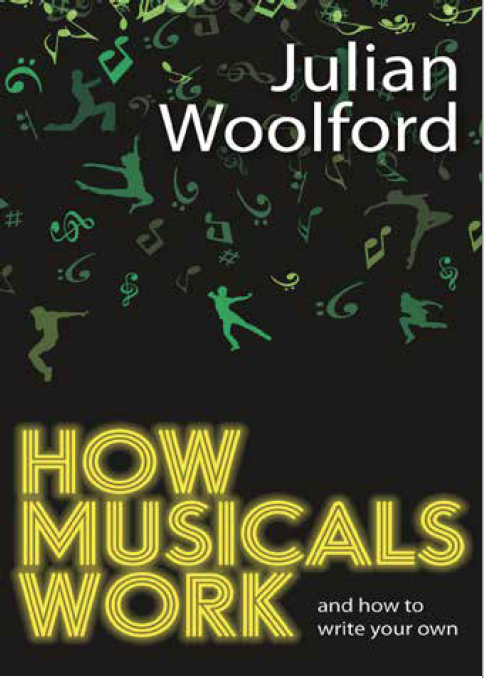 While there is no sure way to write a successful piece of musical theatre, Julian Woolford’s How Musicals Work: And How To Write Your Own is a sound first step. The book offers plenty of examples throughout, and there are exercises the reader can use as a springboard for crafting new original work. In this way, How Musicals Work is a veritable workshop or university course in the palm of your hand.

Julian Woolford is an accomplished writer and trained in the art of directing at the Bristol Old Vic Theatre School. His directing experience spans productions in the West End, off-Broadway, and worldwide. Woolford’s musical writing won the Covent Garden Festival Search for a New Musical, and for BBC Radio 3 he penned Broadway Hall of Fame: Cole Porter and Broadway Hall of Fame: Leonard Bernstein. Woolford speaks with authority on the form and structure of successful musicals, no doubt his thoughts having been shaped from his experiences directing National Tours of such classic shows as Fiddler on the Roof, South Pacific, and Carousel. His expansive knowledge of the genre as a whole and his specificity of effective form and structure reverberate across the pages of How Musicals Work, singing to the reader and prompting a song of their own.

How Musicals Work is divided into fourteen chapters. Each chapter breaks down a topic, such as Forms of Musicals; Source Material; Structure; Characters and Scenes; Songs; Lyrical Matters; and Rewrites and Workshops. Readers will come away from the text with a better understanding of how to: accurately break down a musical into Woolford’s Twelve Stages of Structure, categorize character by archetype, and identify song structure in ABC format.

In chapter four “Foundations,” Woolford takes a musical theatre centric approach to storytelling by exploring Aristotle’s Elements of Drama, Lehman Engel’s Elements of a Musical, and Woolford’s own “Elements of Producibility.” In triplicate, Woolford uses this collection of elements as a “Periodic Table for Musical Theatre” to aid the reader in forming a “solid conception of the show you want to write.”

One of the distinguishing factors of How Musicals Work is Woolford’s focus on the fundamentals of music as well as storytelling. Chapters ten “Lyrical Matters” and eleven “Musical Matters” discuss: rhyme scheme, scansion, text setting, chord structures, time signatures, and orchestrations. While Woolford is clear that the primary function of this text is not concerned with “the intricacies of songwriting,” his acknowledgement of the importance of such matters is crucial to the development of successful musical collaborations and often overlooked in similar texts.

For those looking to embark upon the journey of writing a musical or teaching the craft, Julian Woolford’s How Musicals Work: And How To Write Your Own is a worthy addition to your reading list, and may well be used as a primary text. The book references well known musicals such as The Sound of Music, West Side Story, Gypsy, and Evita as well as contemporary works like Wicked, Avenue Q, Spring Awakening, and Spiderman: Turn off the Dark.

A guiding force in How Musicals Work is the notion that you can’t know where you’re going until you know where you’ve been. In the opening pages, Woolford writes, “You cannot create great art until you understand how that art has been created in the past, even if you then work in your own idiosyncratic manner.” With this in mind, Woolford has carefully crafted a user-friendly, step-by-step manual to not only understand why certain musicals are upheld by the masses, withstanding the test of time, but also how one might begin crafting a story of their own. 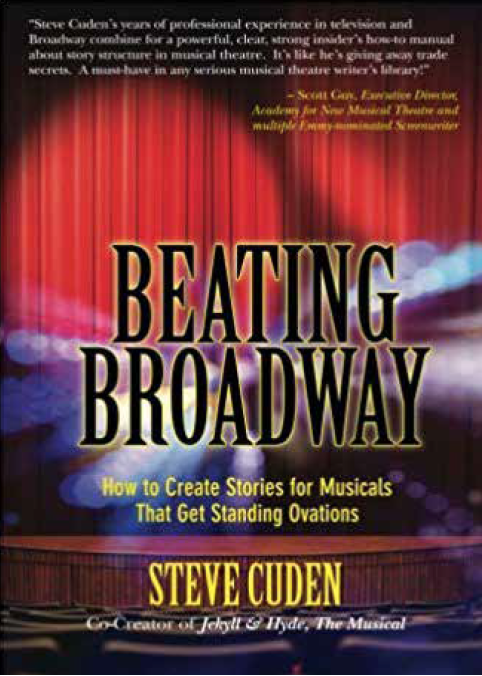 BEATING BROADWAY: How to Create Stories for Musicals That Get Standing Ovations by Steve Cuden. Cudwerks Productions, 2013; pp. 466. $19.95 paperback.

BREAKING BROADWAY’s greatest strength lies in its ability to hold steadfast to the basic tenets of storytelling while acknowledging the many ways that popular entertainment has influenced the evolution of Broadway musicals. Throughout the book, Cuden’s Hollywood background is apparent. He encourages the use of well established screenwriting basics for your musical, including developing a logline, writing a beat outline or treatment, and erring on the side of action rather than dialogue. Section one of the book covers elements of story construction for musicals, and section two includes a narrative beat analysis for forty musicals (Broadway and film). Each chapter concludes with a helpful summary of key takeaways.

Steve Cuden is a veteran storyteller, co-creator of Jekyll & Hyde and Rudolf, Affaire Mayerling with Frank Wildhorn, and a screenwriter for feature films and television. Currently, Associate Professor of Screenwriting at Point Park University, Cuden is credited on nearly 90 teleplays and, in addition to this book, has also penned BEATING HOLLYWOOD: Tips for Creating Unforgettable Screenplays.

Historically, books and plays have provided the primary source material for musical adaptations. As new forms of entertainment usurp the popularity of the written word, writers and producers have shifted toward television, film, and popular music as primary source material. Cuden makes the case that structurally; modern musicals more closely resemble movies than plays, stating, “The concept of ‘simple plot/complex character’ is almost a mantra in Hollywood. I believe the same applies to today’s musicals.”

The second half of BEATING BROADWAY breaks down thirty-five Broadway musicals and five movie musicals into a series of “narrative beats.” Cuden writes, “laying out a story beat-by-beat is the simplest way to piece together a tale that an audience can easily follow.” Akin to the standard “beat sheet” in television and film writing, Cuden provides a fresh way of approaching story structure analysis for musicals.

BEATING BROADWAY is clearly the work of a practitioner. Cuden is straightforward and engaging. Each concept and analysis is introduced, not merely for intellectual discussion, but as a means for inciting action. While the text does not include specific exercises, it does clearly discuss the essential elements of effective storytelling. In addition, the “narrative beat” breakdowns provide an ideal model for students to begin crafting stories of their own. 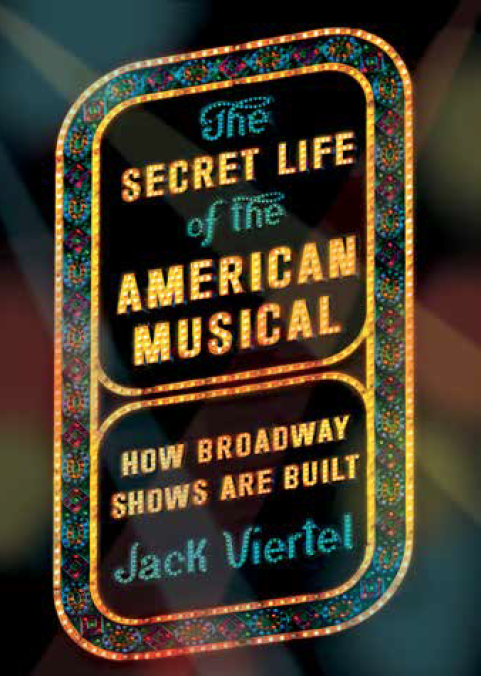 In the opening pages of The Secret Life of the American Musical: How Broadway Shows Are Built, Jack Viertel writes, “there’s pleasure in understanding this unique form of American entertainment.” Rather than a step-by-step, “How To” guide, The Secret Life of the American Musical, not only identifies commonalities in structure for great works of musical theatre, but explores why the structure works. In this way, Viertel has crafted a multi-purpose text that will prove useful in courses aimed at creating new work, script analysis, and musical theatre history.

Viertel speaks with authority on the subject as both a scholar and practitioner. Currently, he is the senior Vice President of Jujamcyn Theaters which operate five Broadway theatres, and he serves as artistic director of New York City Center’s Encore! series where he has overseen fifty shows. Viertel has been involved in a myriad of highly acclaimed productions from City of Angels to Angels in America, and he helped shepherd six plays by August Wilson to the Broadway stage. He has served as a creative consultant for Hairspray, A Christmas Story, and Dear Evan Hansen. Formerly, he served as dramaturg for the Mark Taper Forum.

The idea for the book sprang from his course at Tisch School of the Arts at New York University. Closely examining four classic musicals; Gypsy, Guys and Dolls, My Fair Lady, and South Pacific; the course pulled each piece apart word by word, “trying to piece out why every line of dialogue was there, what every lyric accomplished, and how music supported whatever the fundamental idea of the show was.” The Secret Life of the American Musical expands the course, and references musicals up to Hamilton. With his encyclopedic knowledge of the American musical theatre, Viertel adeptly lays out a structure for building musicals without falling into the trap of formula.

Songs being the showpiece and drivers of the American musical, Viertel breaks down their structure and purpose song-by-song. In-depth discussions of both “I Want” Songs and “Conditional Love” Songs is followed by analysis of what Viertel calls "The Noise." Per Viertel, by the third or fourth song, the audience is “fused into one being by this time, and they probably need a little energy boost, a little fun, a little relaxation to restore their concentration and curiosity; they need to hear a big sound, and they probably need to watch some people dance.” Included on his list of "noise" songs would be “Put On Your Sunday Clothes," "There’s Nothin’ Like a Dame,” “With a Little Bit of Luck,” and both “Hasa Diga Eebowai” and “Turn It Off” from Book of Mormon.

Later chapters identify potential pitfalls in story structure and enumerate the ways in which shows have overcome the dreaded “second act trouble.” Viertel’s easy yet knowing tone in combination with his first-hand knowledge of the challenge inherent in creating modern musicals offers a thrilling insider’s view of the action.

“Musicals—the great ones—are rarely about ordinary life plodding by. They’re about the outsize romance that can’t be controlled, the special world we’d love to live in for a while, the far-away time and place we’re waiting to be seduced by, the larger-than-life force of nature we so rarely encounter in real life.” Viertel invites the reader into the world we love, and page-by-page, moves us from casual observer to active participant in the form and history of the American musical theatre."