To Speak is to Fly 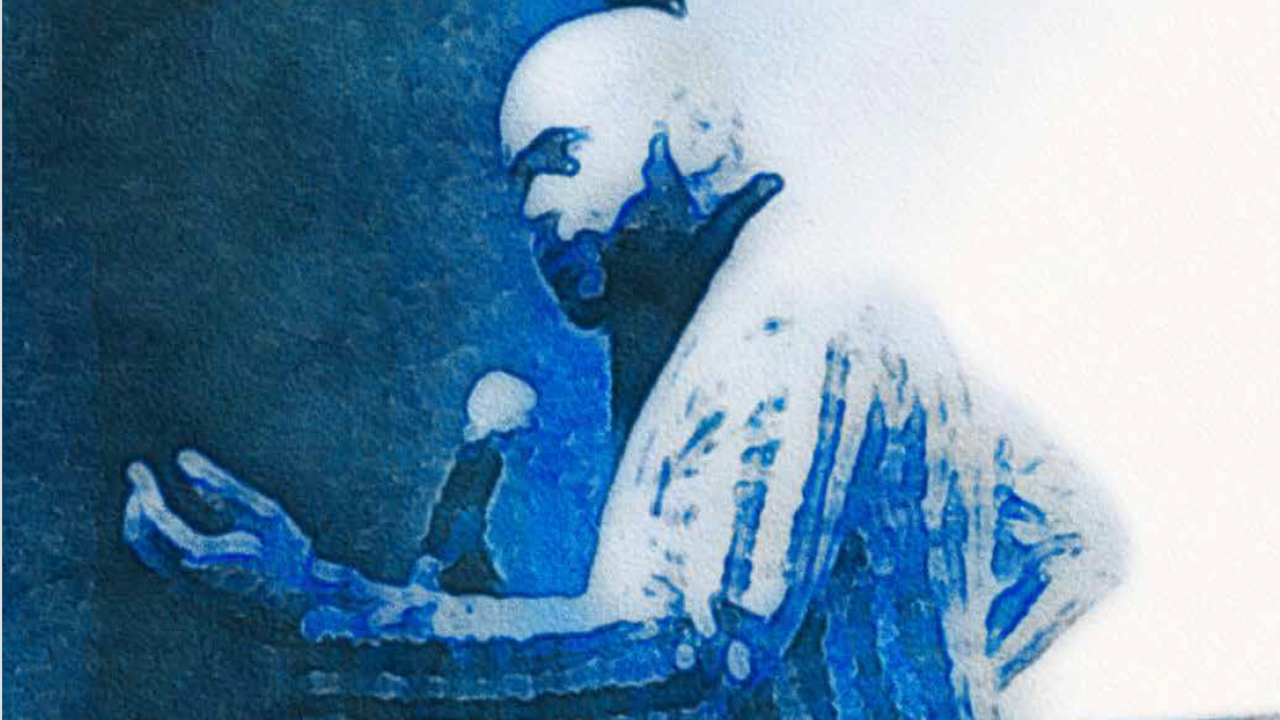 I was on my way to Canada to teach a master class for the Young Canadians of the Calgary Stampede when I got the first call about The Scottsboro Boys from a close friend in Philadelphia.

And I was supposed to be teaching private lessons at Temple University the morning of my audition for The Scottsboro Boys. I rescheduled for the afternoon and expected to be back in time, but I had to text my students to say that Susan Stroman was “keeping me”—and she has kept me ever since.

From the Vineyard to the Guthrie to Broadway and eventually London, alongside my hero, mentor, friend and brother Colman Domingo—my dreams came true many times over.

I had a student ask me about that in a master class once: “What is it like when all of your dreams have come true?”

“You begin to live in the realm of the unimaginable,” I replied.

Colman’s friend, Milissa Carey, invited me to speak to her students at the University of London whilst we were performing The Scottsboro Boys in London. She said, “I can’t pay you, but I can buy you a hamburger.” The next day, she gifted me a theatre textbook with a photo of me as Samuel Leibowitz—my name right there.

I was recently back in London for Christmas and went to see Peter Pan at the National Theatre on Boxing Day, the day after Christmas. I turned my phone on at the 20-minute interval for a quick Instagram post, and I received a text from my friend Charlie Gilbert asking me to speak at this MTEA conference here at NYU. I texted an immediate ‘yes’ and turned my phone off to settle in for the second half.

But I couldn’t get Peter’s line from the first act out of my head: “To fly, you must think the loveliest thoughts.”

Within the hour, I was in tears, as Wendy Darling delivered the takeaway line: “It’s not too late. Take these wings and fly.” It was the power of musical theatre at its best, reminding me that I believe in the impact of theatre and the importance of training future theater-makers.

To speak is to fly and I’m here to share how our work has given me the opportunity and the responsibility to speak.

It was a great privilege to be a part of the premiere of THE SCOTTSBORO BOYS at the Vineyard Theatre with Brandon Victor Dixon. Brandon who recently set off a firestorm within the community—across the nation and, in my mind, around the world—when he spoke to VP-elect Mike Pence from the stage following a performance of Hamilton.

I immediately posted my support for Brandon and all of the artists on Facebook, but little did I know it would put me at war with an old friend from community theatre back when I was in high school. He was Harold Hill and I was “Shipoopi” pretty much.

For anyone who might have missed it, these were Brandon’s exact words in a statement that was written “by the show’s creator, Lin-Manuel Miranda; its director, Thomas Kail; and the lead producer, Jeffrey Seller, with input from cast members,” according to Mr. Seller.

“We, sir—we—are the diverse America who are alarmed and anxious that your new administration will not protect us, our planet, our children, our parents, or defend us and uphold our inalienable rights. We truly hope that this show has inspired you to uphold our American values and to work on behalf of all of us.”

My friend took exception to my FB post and left a nasty comment attacking Brandon as a second-rate actor, which I promptly deleted before writing a private message to him:

“I deleted your comment because I don’t share things in order to debate. I’m happy to hear anything you have to say privately. For my part, friend, I am clear that art changes lives/laws. I lived that for the past 5 years on both Broadway and the West End and throughout the country as I shared the Scottsboro story, made speeches and ignited change. I’m not an entertainer. I am an educator. And the stage is my chosen platform. Given the opportunity to speak, I will always choose to do so. This isn’t about Hillary for me. It is about the simple fact that the theatre is my chosen platform for this very reason. I work globally as part of the conversation about race, class and gender--the theatre is my medium for my message which is education. I appreciate your position. But I’m not a back and forth guy. That’s for politicians and pundits. Always, yours, Fxxx”

To which he replied:

“Well the fact that you are not open to debate in a public forum just proves my point about progressives. You just want to stick with your view and like your buddy, lecture the rest of us, because you know best. And I too am an “oppressed” person being gay, the difference being I just don’t feel that I need to lecture the world about it.

It’s funny how your friend didn’t give Pence an opportunity to go “back and forth” either. LOL

Your and your buddy’s attitude is why your elitist candidate lost the election, my friend. Check your ego.”

“I don’t consider my page an open forum. But here’s the point: I don’t care about who lost or won the election as you seem to care deeply. My concern as an oppressed person is that I still have to fight either way because of the things you said about Hillary! And for me theatre is the front lines of the fight. I make speeches is what I’m telling you. I don’t have to battle you or anyone else in any forum because I work on the front lines. I make art and speeches. That’s where you will find me, ego totally in check, making all of them change oppressive behavior, Hillary or anyone else.”

To which he responded:

“We should all fight for each other. But I think we will have to disagree on the Hamilton speech. The play is the thing. It spoke for itself. Pence didn’t need a lecture especially being there with his family. Invite him backstage. Take him to Sardis. Be humble. Give the guy a chance. As a former actor, I wouldn’t even dream of doing that to a VP elect or otherwise. I come from a different generation of thinking. There is a time and place for everything. Awards shows - all bets are off. But right now we have to speak with, not talk at each other. I have family members not speaking with me because I voted for Trump. Our president, in my opinion, could be doing a much better job bringing the country [together] now especially during the holidays. If Lincoln could do [it] in 1863, surely it could be done now, right?

Anyway, thanks for listening. There is a lot happening in the world I don’t like today coming from all sides. Maybe 2017 will be better.

But the reason for the statement from the artists and creative team at Hamilton is the real teachable moment in my mind.

The lead producer of Hamilton, Jeffrey Seller, told the New York Times: “Our cast could barely go on stage the day after the election. The election was painful and crushing to all of us here. We had to ask ourselves, how do we cope with this?”

That’s exactly what I experienced with my students when I walked into the Dina Merrill Theatre at the O’Neill that week—fifty devastated and petrified future theatermakers searching for a way forward.

First, I spoke to them about a dangerous pattern that I noticed during the election season: the number of people who “unfriended” those they disagreed with and how our greatest asset in the theatre is dialogue, robust dialogue.

Second, I spoke to them about the greatest skill that being an actor has given me: listening, onstage and off. I told them about my friend from The Music Man and how the job of acting is to ‘shut the hell up while you say your line’. But that when I’m doing this acting thing well, I must allow myself to be “changed by your line,” as Olympia Dukakis told me in a workshop last year. To listen with the intention of being changed. That’s the power of theatre.

Last, I spoke to them about that moment when we announced to a sold out house in London that the last of the Scottsboro ‘boys’ had been posthumously pardoned, 80 years later. “Is it too late?,” I was asked by a reporter at the BBC.

“It is never too late to admit you were wrong,” I said. And that’s how the healing can begin."

As Wendy Darling said, “It’s not too late. Take these wings and fly.”

To everyone here, ALL of you soldiers on the frontlines helping new recruits to find a

Performing Masculinity in Music Theatre: One Approach
THE INS AND OUTS OF SELECTING AUDITION REPERTOIRE
Preparing Sheet Music for Auditions

GET YOUR COPY
Close