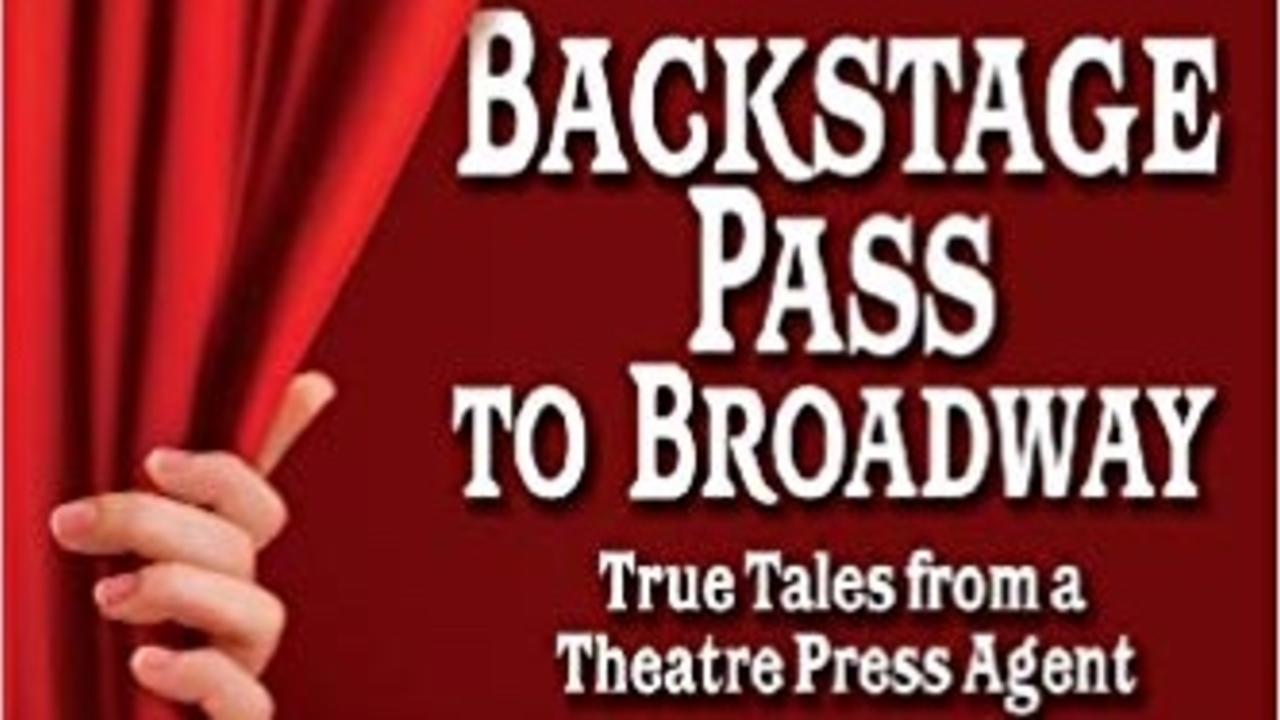 Backstage Pass to Broadway: More True Tales from a Theatre Press Agent is a tell-all book describing Susan L. Schulman’s experiences as a Broadway (and sometimes TV & Film) press agent. Foregoing any chronological order, the book details the most interesting stories and encounters Schulman has had with Broadway actors, directors, and producers. It provides insight into the work and role of a press agent as well as the inner workings of the Broadway world and the personalities that inhabit it.

Susan L. Schulman holds a bachelor’s degree in Theatre and English from NYU as well as a Master’s degree in Theatre Arts from Columbia University. She is a member of the Association of Theatrical Press Agents and Managers. She owns her own theatrical press office and has been a theatrical press agent for more than 40 years. Schulman’s Broadway productions include Dream, Dancin’, State Fair, Applause, Sly Fox, Death of a Salesman, Scapino, Death and the Maiden, A Streetcar Named Desire, Crazy for You, and Requiem for a Heavyweight.

Schulman organizes her book as a series of vignettes featuring various Broadway, television, and film projects she has worked on. In a narrative style, Schulman openly and honestly discusses the various personalities that lead to either the success or failure of each production. Each chapter reads as an individual tale and keeps the reader’s attention.

The book begins with Schulman’s introduction to theatre and how she became a press agent. The final two chapters describe the role of a press agent and how the business has changed over time. While not completely applicable for an academic classroom, Schulman does offer information that would help young professionals who are interested in the business of theatre.

Backstage Pass to Broadway feels at times like a gossip column, giving theatre lovers and theatre professionals alike an inside look at the personalities of Broadway actors, producers, and directors. The most striking tales include Lauren Bacall’s rise to stardom in the production of Applause, the misfortunes and misbehavior of actor Zero Mostel and director John Dexter in The Merchant of Venice, the issues and lawsuits involving Rodgers & Hammerstein, and finally, the author's own touching relationship with Mary Martin.

Susan L. Schulman has written an easy and entertaining read for both Broadway professionals and theatre enthusiasts alike. 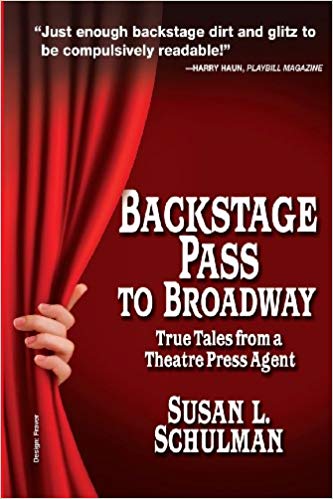